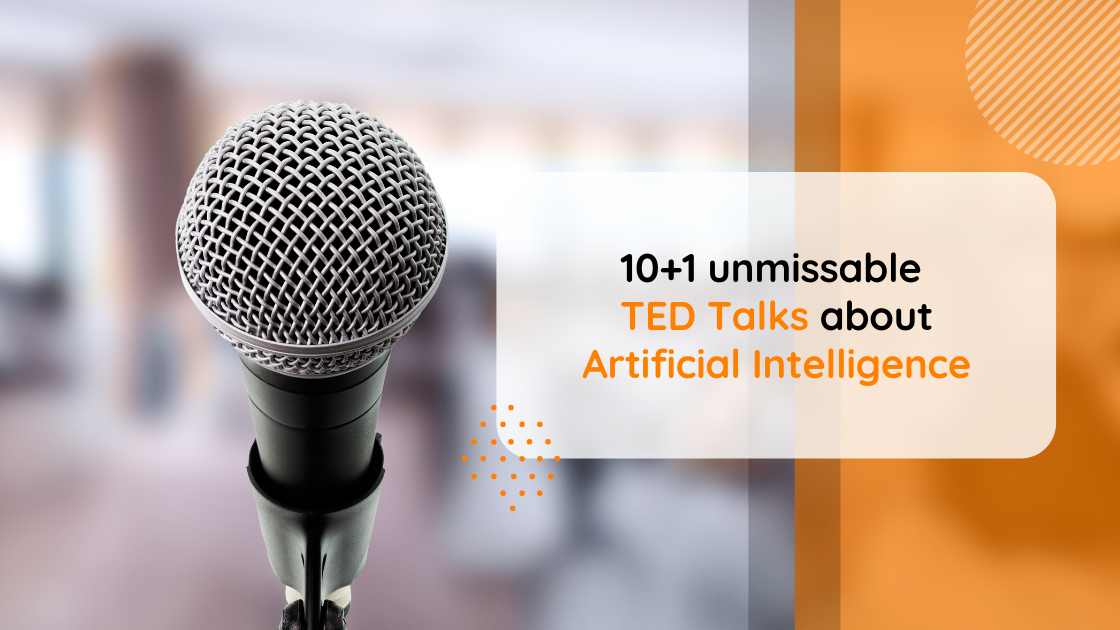 Eleven industry experts, men and women, from all around the world, face the thematic debate in their TED Talks AI, Artificial Intelligence Conferences.

TED Talks what they are

TED, known also as TED Talks or TED Conference, was born in 1984 as a conference cycle to analyse three topics: technology, entertainment,and design (the acronym TED from the initials).

With the passage of time it becomes a worldwide phenomenon and, indeed, increases the number of topics that today are more than 400.

TED’s manager, Chris Anderson, in his book “TED Talks: The Official TED Guide to Public Speaking” says that TED’s mission is to disseminate ideas, and it does not matter if this spread comes from TED or TEDx, or in another way. However it is always a pleasure when someone organises conferences on TED, by referring to various typologies inspired by the one invented in 1984. Now they all are very popular, such as TEDx, a TED event organised in an independent way.

On ted.com website there are more than 3500 talks done all over the world which, some of the best known have more than 50 millions views.

One of the faced topics which in the past years has been the subject of many TEDs, is Artificial Intelligence.

Pigro has selected 10+1 TEDs that talk about AI.

1.The danger of AI is weirder than you think – Janelle Shane (TED2019)

“The danger of artificial intelligence isn't that it's going to rebel against us, but that it's going to do exactly what we ask it to do”
In her TED Talk, Janelle Shane explains what are the problems in AI use and how far are from the common imaginary, also tied to the cinematographic view of the topic that consider the AI declined in robots that take power on humans.

2. How AI is making it easier to diagnose disease – Pratik Shah (TEDGlobal 2017)

There are diseases, like the infective ones and cancer, that degenerate very quickly and that, to be treated, need an untimely diagnosis.
This Talk is about medicine and AI: Pratik Shah tells how, with her research group, has tried to simplify traditional AI systems to reduce costs and time of use in healthcare.

3. AI and democracy: instruction for use – Diletta Milana (TEDxTorino)

During TEDx in Turin in 2020, Diletta Milana studies some important and controversial topics, like the connection between AI and politics. What are the characteristics that an ideal governor should have? According to Diletta Milana they are rationality, expertise, awareness of the past but at the same time being visionary, forward-looking, transparent.

AI has similar characteristics! During the Italy TED Talk, this parallelism is analysed, between realities and fantastic theories, to understand the advantages of AI use in decisional processes.

“In 2050 two people out of three will live in the cities” tells Bruno Lepri at the beginning of his TED Italy and he makes immediately clear the importance of projecting future cities. How would AI new techniques be used to project safe, functional, creative, livable and happy cities?

Starting from the concept of “scale equation” (if a city becomes twice bigger, will become more than twice wealthier, more than twice more creative) explains how he, with his research group, studied the topic to understand this law deeply, asking himself which criteria make a city more livable and which do not.

Darya Majidi brings on the TED Talk stage gender inequity and sexism, that touches AI too. “Amazon and the sexist artificial intelligence: it didn’t hire women” says the title of an article in the italian newspaper “Corriere della Sera” of 2018, according to which softwares used to catch the best talents in the technological field favoured male curricula, basing on the hiring trend of the past 10 years.

The AI sector is mainly in the hands of men and Darya Masjidi analyses the causes, starting from the cultural heritage to family education.

6. The real reason to be afraid of Artificial Intelligence – Peter Haas (TEDxDirigo)

Peter Haas starts his TED Talk by showing a photograph of a dog in a snowy landscape, and explaining that it has been mistakenly identified by an algorithm with a wolf.

The cause? In the majority of the photos given to the algorithm, the wolf has been eternalized in snowy landscapes.

Starting from this example, Peter Haas guides the audience through an analysis of risks linked to the use of AI in some areas.

But what happened in this case, can also occur in areas where what is “decided” by the AI is determinant for the life of people, such as the case of the COMPAS algorithm, used for establishing the risk of relapse.

7. How to keep human bias out of AI – Kriti Sharma (TEDxWarwick)

Siri, Alexa and Cortana are voice assistants that the majority of us use daily. Programmed to be “obeyed slaves”, not randomly they all have female names.

Starting from this “daily” example Kriti Sharma analyses how our bias influences the AI every day and what we can do to avoid it. 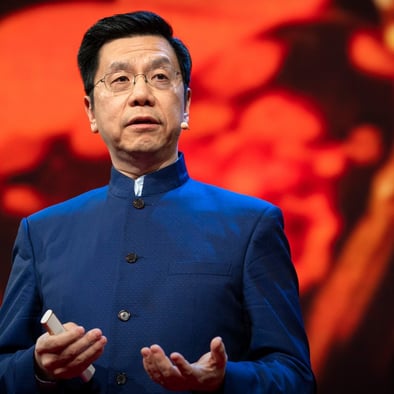 Kai-Fu Lee tells his story movingly and ironically, made of total self-denial for work and neglect towards the family.

And how, being a computer technician, he touched with his hands the changes that the AI will lead to, these including the elimination of repetitive jobs.

According to Kai-Fu Lee this will be our safety! By the elimination of routine jobs, in fact, it will be possible to implement those sectors that are underdeveloped but that hold an essential role in our lives, dedicating ourselves in what requires love, compassion or empathy.

Italian TED Talk by Luisella Giani crosses parallels between artificial intelligence and music, debunking some myths linked to AI, often dictated by the films on the subject that arrange it as something threatening, and to the syndrome of “the fear of a visible threat”.

Giuseppe Bertone talks about artificial intelligence starting from the history of its evolution to reach peer-to-peer technologies.

Explaining how the internet has become an increasingly centralized network, he talks about Blockchain, which he describes as “a ledger of information where every actor can write something. And […] you don’t need a central entity to govern this type of network.

Zeynep Tufekci addresses the issue of ethics in artificial intelligence analyzing the algorithms used by the judicial system to calculate the potential recidivism.

Through several examples, she shows that these algorithms are influenced more by nationality than crime committed, disclosing the presence of "machine bias".

The same problems are found in relation to gender bias: the algorithms show different kinds of job advertisements depending on if you are a woman or a man.

For this reason, Zeynep Tufekci concludes her Ted Talk reiterating the relevance of new technology ethics: "We cannot outsource our responsibilities to machines," she says. "We must hold on ever tighter to human values and human ethics.".

These Ted Talks, short and available for everyone, can be the starting point for approaching Artificial Intelligence, sometimes seen as something complex and inaccessible.

Also, they allow enthusiasts of the sector to explore the various facets of AI, which is increasingly present in our lives. 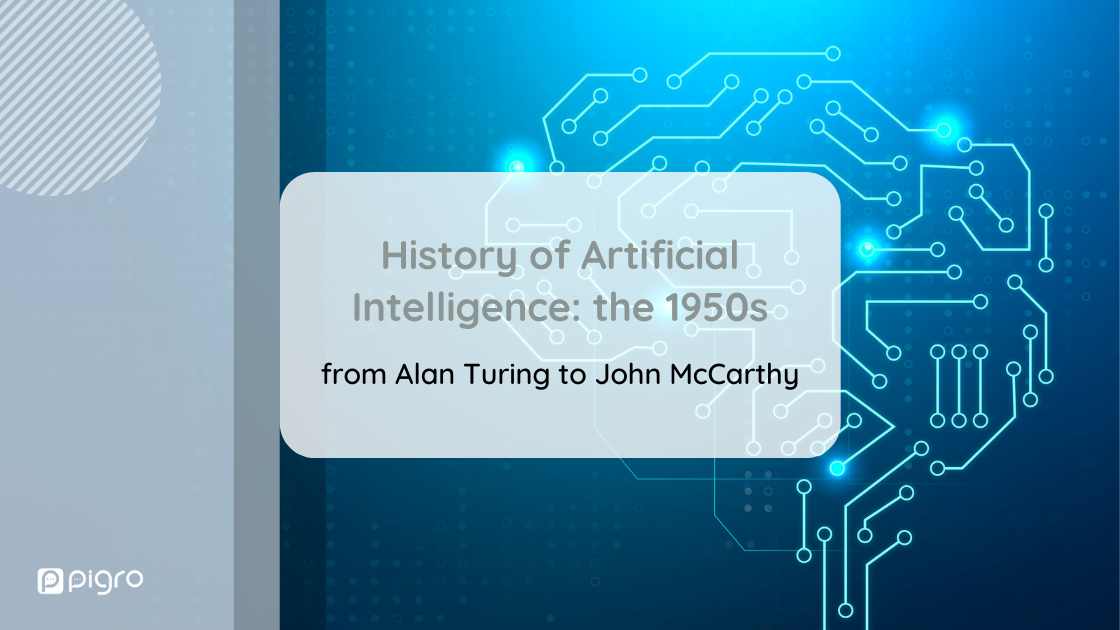